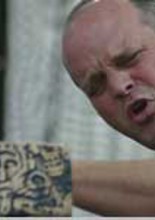 John Medeski's mother taught him to read before he even started school, and his father taught him to play blues and jazz standards on the piano before he learned to walk. So it is only fitting that today John is completely dedicated to the piano, cross-pollinating diverse musical disciplines, and immersed in inventive musical conversation.


“Solo concerts allow me to go deeper, to enter an inner universe, and bring some people along for the ride,” says keyboardist John Medeski. “You can work with sound and rhythm in a different way than in a band setting. It allows for a much more intimate experience.”

The celebrated musician, whose work with the trailblazing instrumental trio Medeski Martin & Wood (MMW) and countless other collaborators have set a standard for soulful improvisation, has been preparing a new solo piano album that he says will kick off a series of such recordings, and is planning a suite of solo performances.

These creative excursions will no doubt elicit more praise like that bestowed by Chicago Tribune arts critic Howard Reich, who wrote of the 2005 Chicago Jazz Festival: “The revelation of the show came early, when pianist John Medeski … played a stunningly original solo set, establishing the virtuosity of his technique, the alacrity of his imagination and the depth of his knowledge of jazz history.”

Medeski has galvanized audiences in the U.S., Mexico, Japan and elsewhere with such solo performances, which he describes as “jazz, in the sense that stuff is left open for the moment,” but which reflect his classical training and passion for pop as much as his adoration of Monk and other jazz icons. These shows share one essential characteristic: “It’s just a piano in a room,” Medeski says. “Musically, it can go anywhere.”

His pursuit of spontaneous musical magic reflects, among other pursuits, his travels to the jungles and mountains of South America, where he has worked with various indigenous people– whose sonic traditions have been unchanged for centuries, and most of whom had never witnessed a concert before – and spent time with local shamans. “Seeing how music and sound are used as part of healing rituals really hit me,” Medeski recalls. “Like a sort of reminder. These experiences have helped me focus on the more spiritual dimensions of creating music.”

As a producer, he’s helmed projects by Chris Wood’s roots-oriented project the Wood Brothers, “sacred steel” family group the Campbell Brothers and the Dirty Dozen Brass Band, among others. He’s also made his mark as a film composer, crafting music for the features Audrey the Trainwreck (for which the New Yorker praised his “wistful piano”), William Vincent, in which he also appears (“The vaguely mischievous, minimalist score by John Medeski,” opined Variety, “is richly atmospheric”), and Day on Fire. His other cinematic work includes a contribution (with erstwhile supergroup the Million Dollar Bashers, featuring members of Television, Wilco and others) to the soundtrack of the celebrated Bob Dylan biopic I’m Not There.

He was born in Kentucky but raised in Florida – and was staring down the ivories nearly from the beginning. “My dad had me sit at the piano with him when I was a baby,” the musician remembers. “He played stride piano and taught me to play ‘In the Mood’ with him. I started lessons at five, and even though I tried to quit at age nine, I never stopped after that.”

Though obsessed, by his adolescence, with the structural complexity of the great classical composers, young John seized every opportunity to play: dances, talent shows, marching band (on percussion), concert band (bassoon). He learned standards from family songbooks, meanwhile, but was bowled over when he first heard jazz piano legend Oscar Peterson’s take on the same material. “Holy shit, man,” Medeski exclaims. “It was so deep and soulful and grooving, and technically he’s ridiculous. That blew my mind; it was like, ‘How do I do that?’”

His parents indulged his burgeoning obsession with jazz, setting up lessons with a teacher who’d studied with Peterson. Immersion in the sublime sounds of Ellington, Basie, Bud Powell, Cecil Taylor and other luminaries of the form followed in short order.

In his mid-teens Medeski was part of a trio called Emergency, playing electric piano (only because most of the Florida venues they booked didn’t have pianos of their own). He was only 16 when he played with legendary bassist Jaco Pastorius, who invited him to tour Japan – but the fledgling musician’s mother wouldn’t allow him to go.

Medeski began his studies at the New England Conservatory as a classical performance major. Realizing that he was more interested in studying the compositions themselves than in performing them, he quickly gravitated to the open-ended Third Stream program, which was designed to help artists forge their own style. It was there that he began to face a fundamental fact: “I’m not strictly a jazz musician,” he says. “I love Ray Charles, Marvin Gaye and A Tribe Called Quest as much as I love Coltrane. How do I put all that together? The Third Stream concept was to absorb what you love through the ear, and let it come out.”

He also came to understand – when he began his tenure with the acclaimed Boston-area outfit Mr. Jelly Belly’s Jazz and Blues Band – that his pursuit of complexity had limited his chops. “I was so busy understanding Schoenberg, Charles Ives, and Cecil Taylor” he explains, “that I couldn’t play a simple blues. I wasn’t able to express the fundamental music that was also part of my fabric.” His tutelage with teacher and jazz luminary Bob Moses helped Medeski focus on groove and simplicity. Meanwhile, as he played out – frequently seven nights a week – with Mr. Jelly Belly’s troupe, he began to experience the liberating power of the blues.

Jazz sideman gigs followed, and during one of these he met (and bonded heavily with) bassist Chris Wood. The two soon decided to relocate to New York, inspired by the city’s downtown arts scene. Eventually the pair, joined by Billy Martin, developed their own extraordinary hybrid of jazz, funk, hip-hop, avant-garde noise and a host of other styles. Thus began the first two decades of MMW’s inspired three-way partnership, one that has spawned numerous adventurous recordings and countless high-wire shows.

Though he enjoyed devoting much of 2011 to marking the 20th anniversary of MMW, Medeski is keen to embark on this next solo chapter.  “It’s a chance to connect in a new way with that fundamental feeling that made me want to play music in the first place,” he says. “When you connect with that, you can play with true freedom and openness, because everything will come from the deep place inside you where music comes from.”

“What’s music for?” The versatile musician asks rhetorically. “Making money? Entertainment? No. Music is a language, one that exists between the land of emotion and the land of intellect. It’s about creating vibration, an energy. Music is for healing and transformation.”