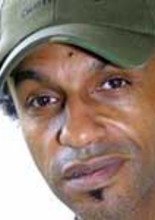 Born in 1958 in Paris France. I studied Classical Piano at the age of 7. Then I studied classical Percussion at the age of 15.At the end of my studies, I received a First prize in Percussions . At the age of 19 ,I passed a test to be admit at the "Paris classical school of music" in percussion.
I stopped there my classical short career to concentrate only on drums, which I did still then like an amateur. I started playing in different Jazz, soul, funk, fusion bands in France (Jeff Seffer, Zao, Lavelle, Bobby Few, Tania Maria, etc....) up until 1978 to reach a respectable place in the music business, either sessions or Tour with a lot of different French artists: C.Lara, A.Souchon, JJ.Goldman, M.Jonasz, L.Voulsy, V.Sanson, E.Mitchell, F.Cabrel, etc....).

In 1985 I formed and played in a band called "Preface" (Studio musicians).
and left that band a year later.
In 1986 I received a French Grammy Award ( Victoire de la Musique) for the Best Arrangement of the year " La Boite de Jazz. - M. Jonasz".
In 1987 another French award for the "Best Studio Musician" of the year.

From then I started to work with a lot of artists in studio or live : Sting, Peter Gabriel, Joni Mitchell, Tears for Fears, Simple Minds, Dire Straits, Tracy Chapman, Paul Young, R.Robertson, Jan Garbarek, Jeff Beck, The Gypsy Kings, Ryuichi Sakamoto, Michael Mc Donald, Bob James, Michel Petrucciani, among others ...
In 1987 , I had an award by Modern Drummer for "Best coming up drummer" of
the year.
In 1991, I released my first solo album "It's about time", Bmg records, (Ariola), and I played live.

In 1994 , I received a French Film Award (César) for the "Best Film Music" of the year :
"Un indien dans la ville", which was my first movie score.

I formed an instrumental band with Pino Palladino and Dominic Miller called "The Tweeters". We performed live in the Montreux Jazz Festival in 1999  many times since, the album is still in working progress.
I did a  world tour  with Sting, started in September 1999
to finish in July 2001. I toured and recorded  then with many pop stars all over the world.

I did scores for Documentaries and TV series in France and in England.
I live in Paris, France, my hobbies are skiing , reading , playing music and
resting..

My next “jazz” album will be released on ECM in the Fall of 2004, featuring people like Thomas Stanko, Jan Garbarek, Ralph Towner...

I have now decided to put my own band together and tour the world. It will be improvised music but opened to all possible music genres, trying to finish with that kind of strange sectarism jazz many times had in the past..